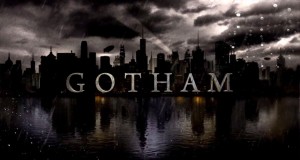 The opportunity to see Batman arises once more, thanks to Fox’s Gotham. This television series, begins with a familiar storyline, to both fans and non-fans of Batman.

Reviewing the series for Variety, Brian Lowry writes, “Taken strictly on its own terms, the Fox series is a handsome, gritty crime drama, with Ben McKenzie as the idealistic young cop and Donal Logue as his grizzled, ethically compromised partner. Yet if the show is supposed to work for its peripheral connection to the Dark Knight and his colorful menagerie of villains before they became such … well, that bat simply won’t fly.”

That said, the premiere of this show added a new twist to the plot with Selina Kyle (Catwoman) witnessing the murder of Bruce Wayne’s parents.

And even if the young Bruce was given screen time in the first episode, the real hero was Detective Jim Gordon, who isn’t a commissioner just yet.

When he arrives in Gotham city, he finds out that things are pretty complicated, thanks to crime lords Carmine Falcone and Fish Mooney but also an unethical cop by the name of Harvey Bullock.

The best part of this episode of Gotham are the villains namely Oswald Cobblepot as the Penguin, Poison Ivy and the Riddler even if we were introduced to them briefly.

Most reviews of the show have been largely positive but there are a few critics who aren’t sold as yet. As for fans, some of them are happy that Jim Gordon was the focus of the televisions series.