You are here: Home / Film & TV / New Seasons of Flash and the Arrow begin in October, Number of Changes Noticed

With the fourth season of Arrow kicking off in two weeks, the CW posted a picture of Thea Queen in her Speedy costume at the official Twitter account of the show.

While another DC series is about the “Rise of the Villains”, the CW reveals that Arrow is about “A new era of heroes coming to Star City”. 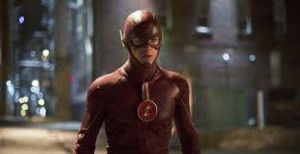 For starters, Starling City will be known as Star City. That’s the first thing about this “new era” But that’s not all – Oliver Queen will now be known as “Green Arrow” instead of just Arrow.

What this points to is him leading the charge with his sister as Speedy, Laurel Lance as Black Canary. Diggle will don a yet unnamed helmet/outfit.

Without a doubt, Season 4 is set to be more traditional than we have seen on the show, in recent times.

Apart from this, both Stephen Amell and Grant Gustin recently shared a picture taken at a set from one of the show’s new seasons. It appears that they are mourning the death of a major character.

The photo in question shows both Gustin and Amell standing side-by-side in black suits and ties on a sunny day. Strangely enough, the picture, despite not revealing much, screams ‘funeral’ given the setting and the suits.

If that’s not enough, the caption along with the photo on Gustin’s Instagram account was ‘Game-changing scenes are fun”.

Fans will definitely have to wait to find out as cryptic as that sounded.