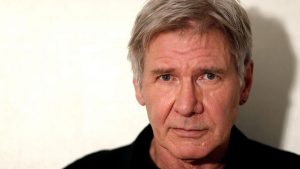 Two months ago the 74-year-old-actor, Harrison Ford, was in a passenger plane incident at John Wayne Airport in Orange County, Calif. This incident followed an investigation by the FAA.

The FAA had an interview with the actor and determined that there will be no administrative or enforcement action against Ford. Therefore, the actor will be able to keep his pilot’s certificate without restriction. The FAA considered the actor’s long history of compliance with the Federal Aviation Regulations and his cooperative attitude during the investigation as the main reason for allowing the actor to keep his license.

The FAA said that “Mr. Ford has held a pilot’s certificate for more than 20 years, has logged more than 5,000 hours in the air, and has never been the subject of a FAA administrative or enforcement action.”

The incident occurred in February 2017 when the actor was landing his private plane on a taxiway at John Wayne Airport. The actor was under investigation because he landed on a taxiway that runs parallel to a runway. The actor then had overflown a Boeing 737 that was holding short of the runway.

Ford had asked air traffic controllers “Was that airliner meant to be underneath me.” just before landing.

Although the star is an experienced pilot, he had an accident in a small plane in March 2015, when he crashed into a golf course in Venice, Calif.