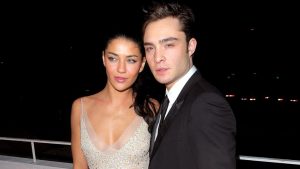 After Ed Westwick, 30 received many claims relating to rape, his co-star on Gossip Girl, Jessica Szohr spoke on his defense.

Szohr, 32, addressed the controversial topic on Cosmopolitan magazine by saying that she has known Westwick for many years and cannot imagine him putting someone in this position. She added that it is a good thing that women are coming out against people who have mistreated them, but some women are using this opportunity to spread rumors that are untrue.

Szohr said that she spoke to Westwick after the allegations came out and said that the actor is going through a lot and this has been a tough time for him.

Adding to the allegations Westwick’s BBC show Ordeal by Innocence has not been put on hold in the wake of recent events.

Westwick and Szohr dated from 2008 to 2010 and Szohr has worked with the actor for over five years and finds the allegations shocking. However, she added that she could only speak about her own experiences with the actor. She went on to say that she would not think Westwick is capable of the actions he is accused of but she wasn’t there and therefore cannot comment any further.

Szohr hopes that the situation will be solved and that Westwick will be able to get back to working on the projects he has started.