You are here: Home / Uncategorized / Mariah Carey has ‘developed a close relationship” with a dancer following problems with Packer 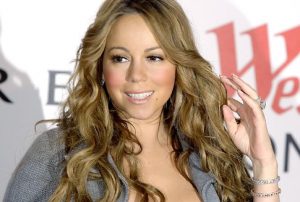 Mariah has found comfort in the arms of one of her backup dancer’s, Brian Tanaka, while in Vegas.

This followed the news that Carey and Packer decided to call off their wedding. It is said that Packer’s behavior has a part to play in the Singer’s decision.

Sources said that Packer was not mentally present and has not been with the singer for some time. Because of Packer’s absence, the singer was pushed to leave him.

The pair met at a movie premiere in 2014 in Aspen, Colo. The singer said that they were talking and laughing through the premiere, which made other people mad.

After dating for 2 years, the Australian billionaire asked the singer to marry him in January of this year. The singer was very happy with Packer’s choice of ring and said that she could barely lift her hand since she was gifted a 35 karat diamond ring. The singer was thrilled at the very romantic engagement and said that Packer is “… an exceptional person, and really…it gets more romantic by the day. So, it’s very sweet.”

Although the singer wanted the marriage to happen as soon as possible, the wedding took some time to come together. However, by June this year, the wedding plans had come to a halt.

When sources asked the singer about wedding plans, she candidly said, “I can’t really answer them because we’re trying to talk it through,”