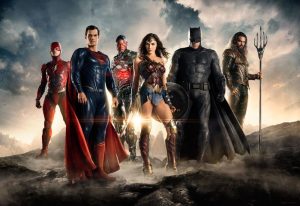 2016 was supposed to be a good year for movies. We had gigantic event movies like Captain America: Civil War, Dead pool etc. which did extremely well at the box office. We also had megaflops like Batman v Superman, X-Men Apocalypse and Independence Day: Resurgence to name a few. 2017 promises to better it, here are some of the most anticipated movies for 2017:

This is most probably Hugh Jackman’s last go at the Wolverine role. He is getting too old for the role and it is starting to show. This last full outing should hopefully be better than the previous flick set in Japan.

Expect this to be big, as the Fast and the Furious franchise has taken off and even more so after Paul Walker’s tragic death. There are reports of tensions between the Rock and an unidentified cast member.

Although two separate movies, the fate of the DC extended universe is going to depend on these two movies. Wonder Woman has the biggest chance out of all the DC movies so far to resonate with audiences, especially female movie-goers. Failure of both of these movies will likely see a complete rethink of the DCEU.