You are here: Home / Celebrities / Mo’Nique about defending her open marriage 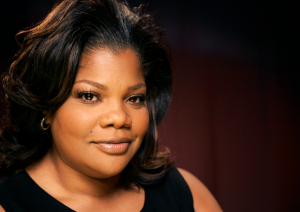 After Mo’Nique spoke about her open marriage with husband Sidney Hicks, over a decade ago, she is still asked about the specifics of the arrangement.

The actress, who has won an Oscar, was interviewed by Andy Cohen on “Watch What Happened Live” about her open marriage and their rules in the bedroom.

She answered by saying that the couple is very honest with each other and about their other relationships. The actress said that often it isn’t about sex and more about getting support in other aspects of their lives. The couple has no secrets between each other and has been married for over 10 years.

The 48-year-old mother of 4 (two of which from Hicks) has been open about her marriage and has even had countless interviews and podcasts about open marriages.

Mon’Nique admits that it was her idea and she just asked her husband if he would be willing to explore and open marriage. Her husband hesitated, as he wondered if this path would stop them from loving each other. However, he warmed up to the idea and they have been in an open marriage for many years.

The actress said that the public, however, views the arrangement very differently and are very critical of their approach. She says for those who are interested in an open arrangement, she suggests trying it and finding out if it works for you. According to her it is very liberating and creates a marriage without any secrets, one that is honest and long-lasting.