You are here: Home / Entertainment / What does a Film Director Do? 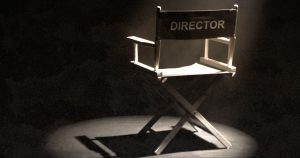 There are many moving parts that come together to create a movie. The film industry can seem complicated, mysterious, and hectic, but there is a loose structure to the madness. By understanding each role in greater detail, you can begin to better grasp how the industry functions.

You have likely heard the term “film director” before, but you might not fully know what the role entails.

The film director has a number of different responsibilities, but the overarching goal of the director is to control the artistic and dramatic characteristics of the movie. This could be done in a number of ways, such as laying out the key visual elements, helping the technical crew, and leading the actors on set. Before filming even begins, the film director is also in charge of designing the set and finding the right actors for the script.

Being able to go from an idea to a fully finished film is no easy task. Throughout the creation process, the director needs to be able to bring the script to life and sort out creative differences, all while working within the film’s budget.

One of the biggest tasks for a film director is to communicate clearly. When you are working with several people to build an artistic project, it is easy to see just how crucial effective communication is. When putting the creative elements together and coordinating with others, the director needs to be able to think how certain decisions will impact the overall quality of the film.

Bio: Herb Kimble is based out of Los Angeles, Ca, where he co-founded CineFocus Productions. Herb Kimble’s previous experience as an entrepreneur in sales and marketing, and an accomplished young actor, have given him a passion for film and television production.