You are here: Home / Film & TV / Why Kristen Stewart and Robert Pattinson broke up 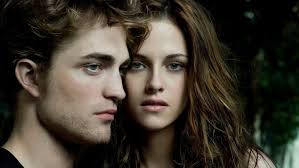 After Kristen Stewart and Robert Pattinson found love on the set of the Twilight series, they have once again found love.

After the couple’s three-year relationship ended in 2012 after a Stewart presumably cheated and the pressure of sudden stardom.

Sources said that the couple who were unknown at the time, felt a bound to each other as they could talk about the problems that arise due to fame.

When the pair got together, they were smitten with each other. Stewart even told Vanity Fair in an interview that they were “perfect” for each other. However, after the franchise of the book and film died, the pair found it difficult to maintain a picture perfect romance in the public eye. The pressure was heightened as the public was fascinated by their romance and even after their split they were constantly the focal point.

The pair have had a clean break and have found love with other partners. Stewart started dating visual-effects producer Alicia Cargile, while Pattinson has moved on with fiancée FKA twigs.

Stewart spoke in a recent interview about the downsides of dating celebrities. “People wanted me and Rob to be together so badly that our relationship was made into a product. It wasn’t real life anymore. And that was gross to me. It’s not that I want to hide who I am or hide anything I’m doing in my life. It’s that I don’t want to become a part of a story for entertainment value.”