You are here: Home / Entertainment / Chris Brown punches photographer in a nightclub 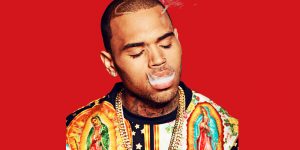 As per the Tampa Police Department in Florida, said that the singer came in with his crew for a publicity event for the club. Mr, Vine who is a photographer for the club, was taking pictures of Brown at the venue. Then the singer sucker punched the photographer for taking pictures of him. However, the police stated that the investigation is still ongoing.

The club issued a statement to their patrons and said that the singer had walked into the club at 1.30am and had only been at the club for a few minutes before Brown and his team assaulted our club photographer and walked out of the venue. The club went on to apologize for the inconvenience caused and said that they would deal with the incident through the help of the authorities.

Club goers had caught most of the incident on camera and were seen screaming while the DJ asked Brown and his crew to calm down. After the incident, Brown stormed out of the club.

However, this hasn’t been the first time that Brown was involved in a physical altercation. The singer pleaded guilty in 2014 when he punched a fan who was trying to take a picture with him.