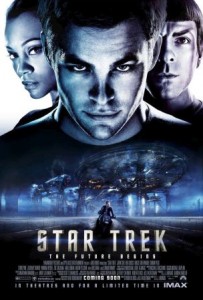 Having made its rounds in theatres, Direct tv satellite, Red Box, Netflix and stores all over the country – the Star Trek movie reboot was one of the more highly-anticipated films of the decade. Grossing almost 400,000,000 and featuring J. J. Abrams at the helm, it was a unique and clever reimagining of the established Star Trek universe.

As a master of storytelling, Abrams found a way to bridge the gap between the generations that grew up with the show and those who were greatly deprived of the franchise. The movie was so good, in fact, that one wonders why they would make a sequel.

Business-wise, there really isn’t much of a mystery. Star Trek is a cash cow when handled by the right people (Check out Enterprise if you want to see the exact opposite). However, from a storytelling standpoint, it threatens to launch this fantastic film into the realms of “sequelitis.”

Sequelitis is a relatively new term that refers to good movies that spawn weaker sequels that, ultimately, destroy the value of both. When you make a good movie, you’ve done it! You’ve succeeded. When you make a sequel to a good movie, you run the risk of having that sequel prove inferior and act like a cinematic parasite. The Star Trek reboot really didn’t need a sequel, but now it seems to be getting one and it could either be a bad or a good thing.