4 Popular Hollywood Sex Tapes
What Branded Entertainment Means for Filmmaking
Five pro makeup artist tricks you should know
How Sound Proofing Foam Aids Recordings
Soundproofing Foam for a Home Office or Studio
3 Celebrities and Execs that Contribute their Success to Meditation
Why Novel Writers Have Trouble with their First Screenplay
How Bob Harper turned his heart attack into a positive experience
2 QUIRKY FLICKS WITH 70s FLAIR
What does a Film Director Do?
A Guide to getting toned like Britney Spears

You are here: Home / Celebrities / Janet Jackson prepares to tour as a single mom 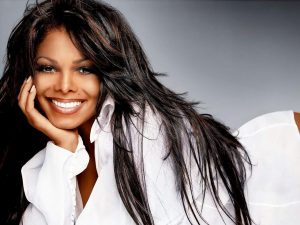 Sources say that Janet Jackson is in good spirits as she prepares to tour for the first time since being a mom.

The singer announced in January that she and her husband at the time Wissam Al Mana welcomed their first child, son Eissa. However, unfortunately, in April, the couple separated after five years of marriage.

Janet who divorced in June announced that her baby was happy, healthy and loving. She added that she will be touring in September and was excited to see her fans.

The singer has also been preparing for her tour and posted Instagram pictures of her rehearsing with a former dancer.

In July the star had to delay her Unbreakable Tour because she and her husband wanted to start a family. She then changed the name of her tour to The State of the World tour, saying that her tour was not about politics but love and relationships.

The former dancer spoke out saying that the singer is very excited to start touring. The dancer added that Janet’s tour group has been working together for years and working together again is like spending time with family.

Tour rehearsals have been going on for over a month. Practices run from morning to evening and are grueling. However, the singer is looking forward to touring and will be taking her son with her so that she can spend as much time with him while she is working.