You are here: Home / Celebrities / Amber Heard and Johnny Depp on their final stages of their divorce settlement 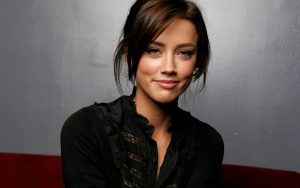 Johnny Depp and Amber Heard are said to be in their final stages of their divorce settlement after agreeing to the settlement in August.

The settlement involved Johnny Depp giving Heard $7 million. However, Heard later announced that she would be donating this entire sum to The ACLU and Children’s Hospital of Los Angeles.

Heard said that she had chosen to donate to these two organization because The ACLU’s focus is on stopping violence against women and she has a decade of volunteering at the Children’s Hospital of Los Angeles.

She said that she has seen firsthand how funding has helped with staffing, better equipment and medication for children. Heard is confident that these organizations will use this funding wisely. The star looks forward to assisting with more funding in the future. She believes that although her marriage with Depp was not always a happy one, she hopes that their divorce will be about a positive change in many people’s lives.