You are here: Home / Film & TV / Drew Barrymore and Will Kopelman to Split 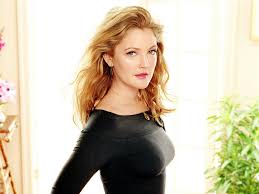 After 3 years of marriage the couple have decided to go their separate ways. The couple have 2 daughters, Olive 3 and Frankie, soon to be 2.

A source stated that “They are living separately. Over the past few months, things seem to be up and down with the couple, He has not been involved in her company Flower. They seemed also to not be very close or connected as a couple. Drew never spoke bad about her husband, they just seemed very disconnected.”

The couple did not outwardly show that their marriage was in any trouble. However, the pair have been very quiet on social media. Drew Barrymore’s last post was in June last year, in honor of their anniversary. Her instagram post, showed the couple enjoying a glass of wine, with a caption that read “Happy anniversary Mr. Kopelman, cheers to you! I love you and I love our daughters !!!!!!! #threeyears”

Barrymore stated in late 2014 that she was “…very happy, Marriage is great and the kids are the best. I know that everyone says you’re supposed to treat your spouse as equal as your kids, but I struggle every day of who I love the most. I love them all!”

The couple who married in 2012, did so in a secret ceremony in an expensive estate. Barrymore wore a classic dress, designed by Karl Lagerfeld. The guests were part of a very emotional service that lasted 45 minutes.