You are here: Home / Film & TV / Ariana Grande leaning on family after the Manchester attack 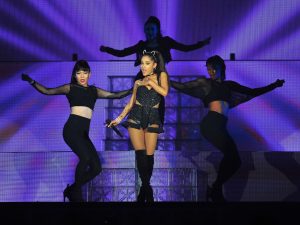 After the tragedy that occurred in the Manchester Arena, which killed as many as 22 people and injured hundreds, Arianna Grande has returned to her home to be with her family and boyfriend Mac Miller.

Sources say that the singer is still in shock and has been leaning on her support system. The singer who arrived in Florida was met at the airport by her boyfriend, Mac Miller.

Sources say that Miller has been her rock in good and bad times and her family is very supportive of their relationship.

Grande canceled the rest of your “Dangerous Woman” tour and concentrated on the victims of the attack. Grande’s management said that the singer’s concerts had been canceled to pay proper respects to those who lost their lives at the event. The management went on to say that they will support the city and the families who lost their lives in this senseless act of violence.

Grande and her management team were trying to understand the situation and look at different ways of assisting each family who lost someone.

Her team said that they were heartbroken and that they cannot express in words their sorrow for the loss of the victims and families who were affected by the attack. They also said that they were thankful for the first responders who arrived at the scene and rushed in to save as many lives as they could.Save