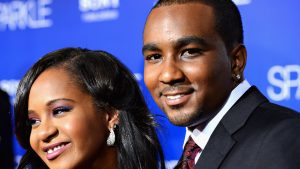 Article Written by : The Jewelry Review

Nick Gordon shared some intimate pictures on Twitter of the late Bobbi Kristina Brown. This happens after the 2-year anniversary of her 2015 hospitalization.

Brown was found unresponsive on Jan. 31, 2015, in her bathtub. The daughter of the late Whitney Houston was then rushed to the North Fulton Hospital in Roswell, Georgia. She was then put into a medically induced coma at Atlanta’s Emory University Hospital. However, the 22-year-old was not able to regain consciousness and died six months later at Peachtree Christian Hospice in Duluth, Georgia.

Gordon was then found liable for her death on Sept. 16, 2016. Bedelia Hargrove filed a $10 Million lawsuit against Gordon on the grounds that had he had physically abused her and stolen money from Brown. The suit was then amended and stated that Gordon had given Brown a “toxic cocktail, rendering her unconscious and then put her face down in a tub of cold water causing her to suffer brain damage.”

The case ended in November when Gordon was ordered by the court to pay $36 million in the wrongful death suit. Brown’s father Bobby Brown said that he was very pleased with the outcome.