You are here: Home / Celebrities / Gigi Hadid and Zayn Malik getting serious! 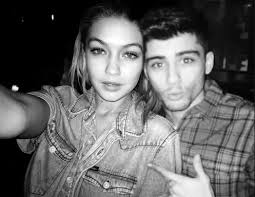 Sources say that the Hot new pair; Gigi Hadid and Zayn Malik are in fact getting serious. The insider stated the following “ “Gigi was so excited when Zayn asked her to be in his music video. They both acted very professional on set but it was very obvious that they were in love. They couldn’t stop flirting with each other. Gigi and Bella really like the fact they are in music videos with their boyfriends.”

It looked like Gigi and Jonas was also serious, before their split last November. The insider however says that “This relationship is very different then when she was with Jonas,….Her friends think this is going to last!”

Malik confirmed the couple’s relationship when he chatted with Zach Sang & the Gang about his new video for his single “Pillow Talk”. The video is super sexy and features Gigi Hadid. The video so far has over 37 million views on Youtube. He was asked a question by a fan, who asked “Was it cool to have your girlfriend in the video?”

The star responded by saying “Uh, yeah. That was cool. it was something. We enjoyed it. It was fun.”

After Which the co- host asked “No one easier to make out with than your own girlfriend, right?”

To which Malik responded by saying “Exactly,”

Now the couple seem quite open about their relationship, by publicly showing affection followed by dinner dates, apartment hunting and of course the sexy video.