The grammy winning singer, known for hits like “This will be”, “Unforgettable” and “Our love” dies at 65. The singer passed away in LA with congestive heart failure.

She was the daughter of Nat King Cole and had won 9 grammys since her career began in the 1970s.

Natalie’s career started in the 70’s with a band called Black Magic. But her music disappointed many since she sang R&B and not her father’s Jazz songs, which were a favorite at the time. 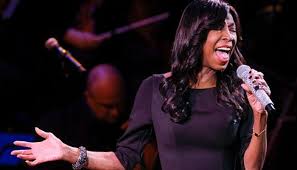 The singer rose to her fame when she teamed up with writer/producer Chuck Jackson and Marvin Yancy, who helped her produce hits like “This will be (an everlasting love), “I’ve got love on my mind” and “Over you”. She then worked with Bruce Springsteen, in the 80s to create songs like “Pink Cadillac”.

She wrote her first autobiography in 2000, called “An angel on my Shoulder”. The book discussed her additions with Heroin, cocaine and alcohol. After attending rehab for 6 months in the early 80s she said that she was able to overcome her addictions.

She was diagnosed with hepatitis C, which spread to her liver. She blamed her past intravenous drug use. However she overcame the disease with a kidney transplant in 2009.

She stateed in an interview that “I think that I am a walking testimony….you can go through turbulent times and still have victory in your life”