Almost everyone who has kept up with the developments of The Walking Dead and Fear The Walking Dead knows that they are completely different shows. Yet there’s one thing that they share in common: they’re all about the characters.

Robert Kirkman, the creator of The Walking Dead, says that the most exciting aspect of this new show has been to introduce the characters namely Travis, Alicia, Madison and Nick that are so different from the original series. 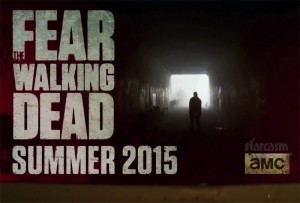 In comparing both the shows and their character, Kirkman, in a letter to AMC, explains, “But where the “exciting” and “new” comes in… is that these people have their own experiences and reasons to survive. They’re complicated, real characters who will not be dealing with the undead the same way. They’ll learn new things, they’ll find new tools, they’ll learn faster or slower but what we end up with is a very, very different show… set in a world we love exploring as much as we’d all never want to live there.”

If you’ve seen the trailer, most viewers has seen its ‘parent series’ will notice that the zombies have a fresher look in the Fear the Walking Dead series. Yet without a doubt, it’s clear (as based on Kirkman’s letter) that this show will focus on the characters too.

In the Walking Dead show, the focus has always been on how the characters maintain their humanity in the world that is all but overrun by the undead.

In comparison, Fear the Walking Dead will deal with the same concepts but in a more frantic sense as it takes place during the zombie outbreak. And then there’s the loss of a number of cast members along the way…