You are here: Home / Film & TV / Ben McKenzie stars as Gordon in Gotham, Show is a Prequel to Batman 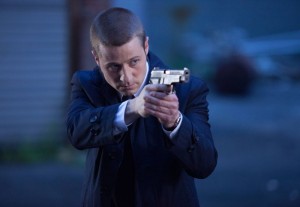 Ben McKenzie, at the age of 24, became famous for playing a moody 24 year old on “The O.C”, and now stars as Gordon on Fox’s new show Gotham.

However, his career in television barely took off in New York when the September 11 attacks destroyed the downtown theater scene while following his father, a prominent Texas lawyer, didn’t seem such a bad idea.

In speaking of his days doing data entry and waiting tables, McKenzie said, “I’m sure there are actors who never doubted for a minute that they had to do this. I’m not one of them. I’m way too much of a realist. Or a wimp.”

Of course, this is now a distant memory since he’s back in New York after more than a decade but living in the East Village neighborhood. Not only does he depend on the advice of his uncle, the playwright Robert Schenkkan but also is close to his now-mentor Ernie Sabella.

Apart from “The O.C”, he played the role of a young cop in Southland before moving on to Gotham that has been extended to 22 episodes from the previously planned 16 episodes. In Gotham, he plays a new detective who is trying to clean up the streets even if the police force isn’t on his side.

Clearly being a prequel to Batman, the show is best described as one that portrays not only Batman but the villains too as their younger selves and with no superpowers yet. The plot is clearly very different from the usual fare of superhero movies that we’ve become accustomed to.